Collect your climbing badge here: the top of Macduff Mtn.

Ideal Bike: Trail bikes…something that can climb and descend.

Overview: TDM needs a moment to collect himself, because this ride is pretty sick. Oregon is not short on quality CCC-made offerings, but there are only a few of the legally-ridden trails which offer that really out-there backcountry feeling. Enter the O’leary loop. Expect big climbs, narrow tread, bear grass, rhododendrons, great views, some switchbacks, and one ripping descent to cap it off. Just come prepared, because this one is a bit more remote than most in this area.  To summarize this summary, TDM loves him some adventure and narrow tread.   Add big climbs, big descents, and some rhododendron and bear grass, and you have one of TDM’s favorite rides within Oregon.

Gnatman and Big Papi take in the rewards of all that up.

Pros: Great views, beautiful forest and meadows, feels like a bit of an adventure. This is trail riding…narrow tracks with variable surfaces and rhythm. The final descent is one of TDM’s favorites in the state.

Cons: Climb, you must. There is some pavement in the full loop, but it’s not unpleasant.

Need to Know: Bring a map and carry water, as there is none available until near the end. Make sure you do the short hike to the top of Macduff Mtn, as the scenery is great, and this signals the point where you dive’r down the hill. All the climbs are fair, but there is a definite sense of accomplishment and anticipation when sitting on top of Macduff Mtn. Watch those switchbacks! 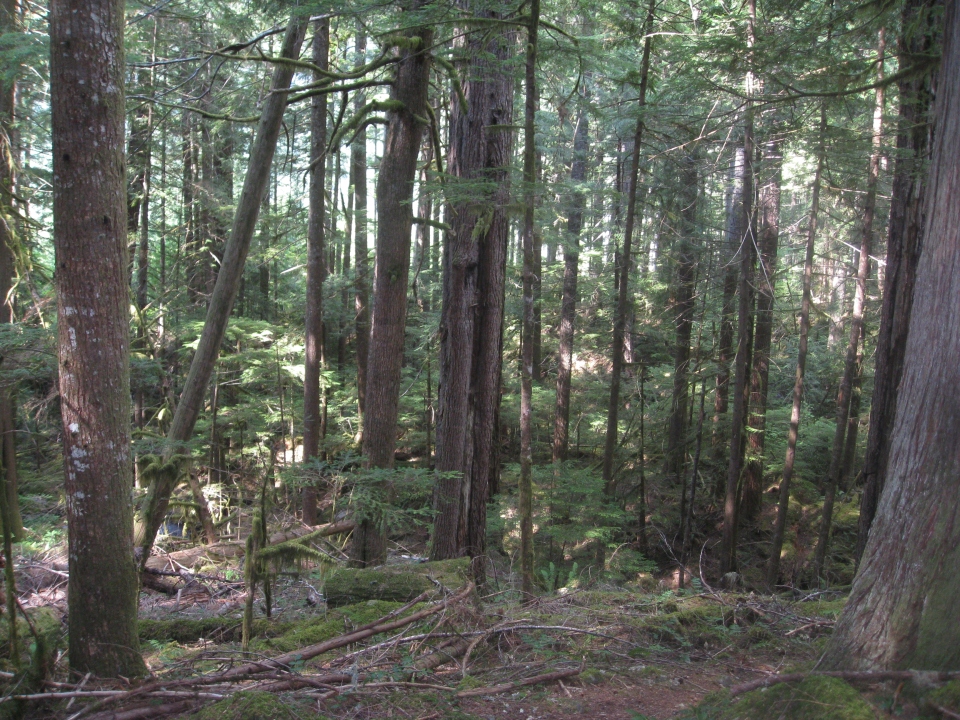 Very NW, with mossy, rooty, rocky and loamy bits all getting along splendidly.

Big Papi freshening up at the final stream crossing before crushing some (metaphorical) bunnies on the final descent…what classic doesn’t end with an epic descent?

USFS Map- McKenzie Ranger District ( also has the other trails in the area…available at the McKenzie ranger station located only a few miles away).